Prices jump: experts tell which products again will rise in price until the new year 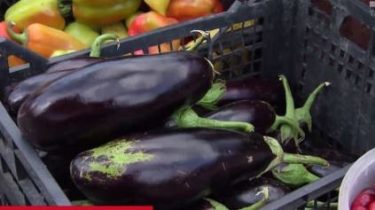 Food basket of Ukrainians this fall, become poor, even for vegetables. Traditional seasonal foods today was a record price increase, a wave which covered the shops and markets, says the story TSN.19:30.

The hype in the market, even in season. “Now there is conservation, the same take: peppers, zucchini, eggplant, tomatoes, cucumbers. Less than last year. If in that year, he took the drawers, this 5 kg, 3 kg,” – says one of the sellers. Retired buyers generally take a few things: marquinos, bulbs. “Postupovo everything is expensive, but once get used to these prices”, – says Tatiana, a pension which barely reaches a thousand.

Director of the Ukrainian Association of suppliers of retail chains compares the purchasing power of modern Ukrainians since the beginning of 1990-ies. He says that the price increase is faster than rising wages for citizens. “Until the end of the year we will see a rise in price of all food, almost without exception. The higher the price of dairy products and meat, the more people buy bread, because anything else does not remain money”, – says Alexey Doroshenko.

In the agriculture Ministry made a forecast that prices for buckwheat

Meat prices soared because their own every year less, and import linked to the dollar exchange rate and world prices – and they will not fall off. “Purchase price six months ago was 30 UAH 50 UAH and higher. Expensive gasoline, gas went up, the stern went up,” explains the saleswoman Tamara Melnichenko. For fat, which six months ago was for 35 hryvnia per kilogram, now asking for 80, the meat is already well over 120. If before the day was selling two pigs, now one consider that a success. “Pensioners do not buy meat, they can afford ankle. The second time sorry for them and I’m retired, working needs,” says the woman behind the counter.