Scandalous Onishchenko was going for the presidency 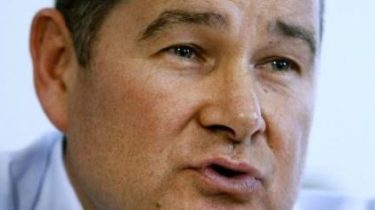 Scandalous people’s Deputy, the fugitive Alexander Onishchenko has declared intention to run for President at the next election of 2019.

He stated this in an interview with The Washington Times, reports Interfax.

“Yes, I decided to run… Poroshenko sees me as a strong political and economic enemy. Therefore, his first objective was to deprive me of the opposition’s financial resources and to force me to leave his native country”, – said Onishchenko.

According to him, he will be surprised, if after the promulgation of his decision to run against him do not bring new charges.

“In fact, prosecution is the only way to fight the current government with his political opponents. As I said in an interview 2016, most of the candidates could obtain at least one criminal charge at the time of elections, clearing the way for Poroshenko,” – he added.

Recall that Onishchenko is suspected of organizing schemes of embezzlement of funds during the extraction and sale of natural gas within the framework of joint operation agreements with PJSC “Ukrgasdobycha”, which was caused to the state damage for the sum about 3 billion UAH.

On 27 July the Prosecutor General of Ukraine signed the message on suspicion to the people’s Deputy. 8 August was declared national search. According to latest information he is in London. A few days later he wrote in his Facebook that British jurisdiction in GPU is not enough grounds for his extradition to Ukraine. Meanwhile, the people’s Deputy-the fugitive arrested property at 700 million hryvnia.