“We are seeing a show in Ukraine”. In Belarus protested because of the statement about the arrest of klimkina Mushroom 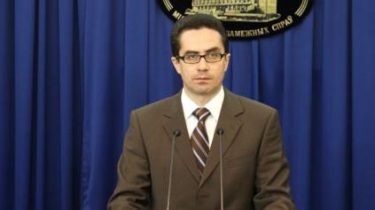 The Belarusian foreign Ministry commented on the statements of the Minister of foreign Affairs of Ukraine Pavlo Klimkin concerning the kidnapping of the Ukrainian citizen Pavel Mushroom. The head of the MFA noted that after the disappearance of the man became clear: the Russian special services also operate on the territory of Belarus.

“Every foreign Minister needs to intercede on their citizens outside their own country, so the statement of the MFA of Ukraine is Ukraine. However, the talk of the sovereignty of other States look very interesting, when in Ukraine we are witnessing a “show”, – said the press-Secretary of Belarusian foreign Ministry Dmitry Mironchik during the briefing in Minsk, reports the New time.

He also said that also advises Belarusians to travel to Ukraine.

Mironchik added that while he could not comment on any reports of “yellow media” about participation of Belarusian law enforcement in the kidnapping of the Fungus, as yet the findings of the investigation, the interior Ministry of Belarus.

“Now I have no information about the missing Ukrainian Mushroom in our territory no. Until the relevant conclusions of the authorities is to comment on something not worth it”, – said Mironchik.

We will remind, in the Belarusian Gomel disappeared Ukrainian citizen Pavel Mushroom: according to the parents, he was detained by the FSB. In Belarus, he left on August 24 to meet up with a girl who lives in Russia with her, he met on the Internet. 17-year-old resident of the city of Sochi in an interview with TSN admittedthat actually invited a guy in Belarus. Forced her to do it the FSB of Russia, because she is also under investigation.

On 14 September it became clear that the Russian law enforcement authorities arrested the Mushroom until 17 October. The decision was handed down on August 17. The lawyer of the arrested Andrei Sabinin reported that a Fungus accused under article 205.1 of the criminal code of Russian Federation (“Assistance of terrorist activity”).