In Lviv, the court left Sakvarelidze without measure 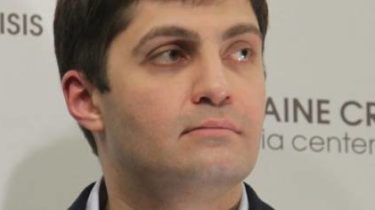 Galician district court of Lviv dismissed the prosecution’s motion on application to the member of the party “new force Movement” David Sakvarelidze a preventive measure in the form of personal commitments suspected of illegally crossing the border on 10 September, together with the ex-Chairman of the Odessa regional state administration Mikheil Saakashvili.

Priznachena at 18.00 on 15 September trial began with a delay due to the delay of the prosecutors and lasted deep into the night, writes UNIAN.

It is noted that Sakvarelidze remarks at the beginning of the court session stressed that he is a law-abiding citizen who had not committed any administrative offence and appeared at the hearing, and therefore sees no reason for election concerning it a preventive measure.

“I think it is absolutely groundless and unreasonable to limit my movement. Asking the court not to adopt the decision on the election I of a measure of restraint”, – said Sakvarelidze.

The court, after hearing the arguments of the parties, did not satisfy the petition of Prosecutor’s office and chose a measure of restraint Sakvarelidze.

In addition, the press service of the Prosecutor of the Lviv region before the meeting of the court said that the office performs procedural management in criminal proceedings on signs of the Commission of group violations of public order, illegal transfer of persons across the state border of Ukraine, resistance and violence against a law enforcement officer, held September 10 at the checkpoint “shehyni” in Lviv.

September 15, investigators of the Main Directorate of national police in the Lviv region made the request for application to Sakvarelidze a preventive measure in the form of personal commitments.

In turn, on his page in Facebook in the night of Saturday, David Sakvarelidze wrote: “Galician court granted our motion and left me without measure, knowing, perhaps, that handed to the suspect, as the whole matter is “powder” and don’t have a real reason”.

Sakvarelidze also thanked the MPs who came to support him and the judge who heard the petition.

Galitsky court just granted our motion and left me without any measure of restraint, knowing probably…

Recall, September 14, in Lviv, law enforcement officers reported about suspicion Sakvarelidze in the transportation Mhala Saakashvili across the border. Prosecutors promised to ask for the softer measure of restraint – the personal obligation.

Recall, September 10, Saakashvili, who was deprived of Ukrainian citizenship, entered the territory of Ukraine through KP “shehyni” that in Lviv region, although I was going to make it through KP “Krakovets” in the same region. The border, he got the bus.