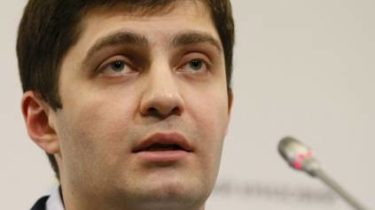 Prosecutors will ask the court about the election of former Deputy Prosecutor General, member of the political Council of the party “new force Movement” David Sakvarelidze a preventive measure in the form of personal commitments.

About it reported in management of public relations and mass media of the Prosecutor General of Ukraine.

“At the trial the Prosecutor intends to request the Galitsky district court to elect to D. Sakvarelidze most softer measure of restraint – the personal obligation”, – stated in the message.

Also, the Prosecutor said that the meeting will be held on Monday, September 18, at 09.30.

On the eve of 14 September, in Lviv, law enforcement officers reported about suspicion Sakvarelidze in the transportation Mikheil Saakashvili across the border.

Recall, September 10, Saakashvili, who was deprived of Ukrainian citizenship, entered the territory of Ukraine through KP “shehyni” that in Lviv region, although I was going to make it through KP “Krakovets” in the same region. To the border he got a bus.