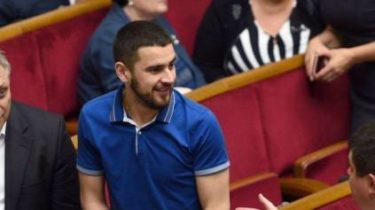 Investigative actions of detectives of the National anti-corruption Bureau of Ukraine in case on alleged illicit enrichment of the people’s Deputy Evgeny Deydey are legitimate. Insist on it in the NAB, said in a statement the press service of law enforcement body.

Detectives note that all searches in Dnipropetrovsk are carried out in accordance with the procedural laws and the permission of the court. “The demonstrations in the city of Dnepr, and Dnipropetrovsk region place of work and residence of the entrepreneur, which, according to the Deputy, borrowed money to the family of the Deputy. Declarations of the people’s choice, which in this case is an interested party, about the alleged violations on the part of detectives to NAB untrue. If the Deputy has on this occasion a different opinion, he or she may appeal the actions of the detectives in the manner prescribed by law”, – stated in the message of the investigative body.

Anti-corruption investigators are reminded that the investigation is ongoing since November last year due to the fact that the cost of acquiring a Deputy of property is much higher than the official income and his family members. The idea of removal of inviolability from the Dade was filed in June, but the deputies of the Verkhovna Rada was not supported. However, the investigation in this case continues.

Glad not consented to the involvement of Dade to justice

Specialized anti-corruption Prosecutor’s office may submit to the Parliament of new ideas in people’s deputies Andrey Lozovoy and Evgeny Deydey in September.