“Not with a Bang”. The police said that formed a funnel on one of streets of Kiev 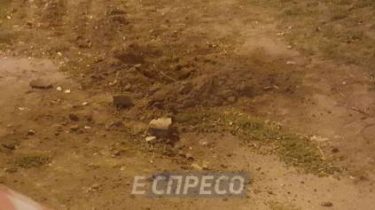 The explosion of an unknown object on the street Helen Teligireported by the media, turned out to be a voltage drop on the power cable.

“Yesterday around 20:35 in a call center of Shevchenkovsky police Department the unknown called and reported that he had seen the explosion and flames. Arriving at the intersection of Helena Teligi and Degtyarevskaya, police found a small-sized funnel”, – stated in the message.

As militiamen found out, the funnel and the fire was formed due to the loss of voltage of power cable and fire.

Also, the police confirmed that as a result of incident nobody has suffered. Now continues to be investigated.