Saturday in the Donbass was not without attacks by militants. Chronicle of the ATO 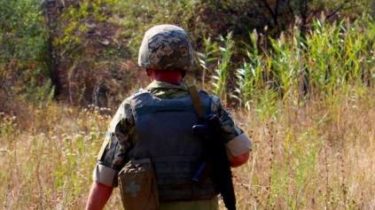 For Saturday, September 16, in the area of ATO in the Donbas the militants ten times fired at positions of the Ukrainian military.

“Our military four times by return fire forced the enemy to stop provocations. Losses among the Ukrainian defenders there. Today in the area of ATO the situation has not changed significantly. Russian occupation forces continued shelling of our positions in all directions. However, from midnight the enemy used mortars and other heavy weapons,” – said the press center of staff ATO.

In Donetsk direction overnight militants were beaten twice from grenade launchers and heavy machine guns in the area of Avdeyevka industrial zone. And near zaytsevo worked several times by small arms militants.

In the direction of Mariupol , the shelling strong points are recorded on the approaches to the Water and Shyrokine.

On Lugansk the direction the gunmen used grenade launchers of various types in close proximity to the Crimean. And heavy machine gun opened fire in the area of Novotoshkovskoye.

We will remind, from the beginning of 2017 at the Donbass killed 68 civilians, more than 300 were wounded.