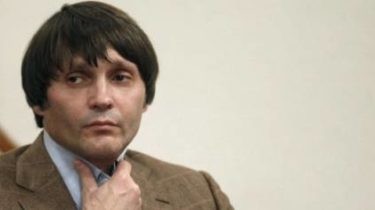 Former partners of Ihor Yeremeyev, who died tragically in 2015, after falling from the horse people’s Deputy and one of the owners of a large-scale group of companies “continuum”, not to allow his relatives to control the estate.

This was the widow of the MP Tatiana Eremeeva said in an interview ZN.UA.

“Igor did not leave a will. According to the law, children of my husband, his mom and I have the right of inheritance of the first stage of its share in the assets of the group. We have completed all the necessary actions aimed at the acceptance of the inheritance. But we managed to issue some items of property that belonged to my husband at the time of his death. However, we can’t talk about getting access to the ownership and management of the corporate rights, that is, the management of the business,” she said.

According to Eremeeva, their children Roman and Sofia are the ultimate beneficial owners of a number of companies included in the group “continuum”, but they do not have direct access to the management of the company and do not receive income from its activities.

“The power is concentrated in the hands of former business partners of her husband. Unfortunately, after the death of Igor, we have seen the true face of the so-called business partners. Taking advantage of the confusion and my shock during the funeral preparations, these gentlemen (referring to the owners of “continuum” businessman Sergey Lagura and MP Stepan Ivahiva – approx.ed.) fraudulently acquired a death certificate for my husband and I refused to pass it,” said the widow.

Then she added that the former partners of her husband, taking advantage of the helplessness of the 85-year-old mother Eremeeva, secretly took her to Kiev, where he opened a probate case in “controlled” them of a notary.

“The part of a notary, we always feel some opposition from pursuing our legitimate rights – the documents are issued with errors, then we do refuse to issue documents. Unfortunately, in our legislation there is no option to replace the notary, a leading probate case, at the request of heirs,” said Tatiana Eremeeva, noticing that still does not know all the information about the assets of her late husband.

“After the death of the husband of his “business partners” tried to do everything that we were in an information vacuum. They even managed to seize the documents and the contents of the safe, which was the place of residence of Igor in Kiev, which he used coming back to work. They did it through company employees, who in the house knew. It is clear that access to the documents that Igor was kept in the main office of the company, we were denied,” the woman complained.

At the same time, six months after the death of her husband Eremeeva learned that he was supposedly still in 2014 have created a trust in the British virgin Islands, which has made corporate law and ownership rights in the shares of all companies registered abroad, and the beneficiaries of the trust were their children.

“I was given to see with a simple copy of this “document,” which raises a lot of questions and reasonable grounds to suspect its authenticity. As it turned out, according to this “document”, new trust Manager after my husband’s death has automatically become one of his business partners – lahor, and the second partner – Ivakhiv has become a “controller” of the trust, No participation in the management of companies my children do not accept (on the terms of the trust), any income from the activities of this imaginary trust they have not received and will not receive. Moreover, the conditions of the trust such that the Trustee in its discretion decides to pay or not to pay anything to the beneficiaries,” she said, expressing doubt that her late husband could harm the interests of their children.

Currently, according to the statement Eremeeva opened criminal proceedings on the grounds of fraud committed on preliminary arrangement by group of persons. During the investigation, assured the widow of an MP, it was revealed many other facts: falsification of documents by notaries who collaborate with his former business partners, the availability of a new property, which he owned and illegally took possession of certain persons, and the like.

Separately, Tatiana Eremeeva assured that the former partners of her husband putting pressure on the investigation, after all, have ties with the “political elite”.

We will remind, 48-summer the people’s Deputy Igor Yeremeyev in a fall from a horse received closed cherepno-a brain trauma and was hospitalized in serious condition in the Lutsk clinical hospital. On 28 July he was taken to one of the European clinics, where he died August 12.

Igor Eremeev – Ukrainian businessman and politician, people’s Deputy of Ukraine of the 7-th and 8-th convocation (independent, Chairman of the parliamentary group “people’s Will”).

Was co-owner of a fuel-industrial group “continuum”, which brings together oil, milk, hospitality, manufacturing and selling of building materials, in particular, its assets included the Kherson refinery, one of Ukraine’s largest networks of filling stations WOG. He was also Chairman of the Supervisory Board of Public joint stock company “Bank for investments and savings”.

Eremeev was considered one of the richest deputies of the Verkhovna Rada in 2015, the magazine “Focus” estimated his fortune at $ 95 million.