Abnormal heat in Kyiv broke all the records 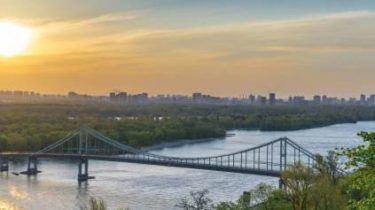 Yesterday, September 17, in Kiev was beaten two temperature records. It is reported by the weather station of the Central geophysical Observatory named after Boris Sreznevsky.

Hell on Earth. The 10 hottest places on the planet

On 18 September in Kiev was recorded the warmest night for 137 years of observation because the temperature has dropped below +18,6°C which is 2.4°C warmer than it was in 1939.

As previously reported, after the heat, weather forecasters promise a cold snap. Already on Thursday, September 21, on the West, North and Center piece will come heavy rains which from Friday will cover all of Ukraine. For details, see the link→.