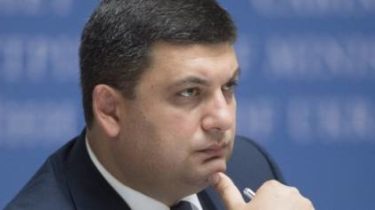 A terrible fire in children’s camp “Victoria”, during which the children were killed, will be investigated.

Wrote about this on his page in Facebook Prime Minister of Ukraine Volodymyr Groisman.

“Yesterday I instructed the Minister of internal Affairs Arsen Avakov and the head of the National police Sergey Knyazev to form a group of the best investigators, who must immediately go to the place, to establish all the circumstances of the tragedy and identify those whose actions or inaction led to it”, – he said.

According Groisman, all the blame for the deaths of children in Odessa, must suffer harsh punishment, irrespective of positions.

“We have to draw conclusions from the tragedy that occurred in Odessa the camp. Negligence, irresponsibility, especially if they are based on corruption, can’t have any excuses!” the Prime Minister added.

We will remind, on the night of 16 September in Odessa burned the municipal children’s recreation and sports camp “Victoria”. At the time of the fire in the camp there were 150 children. In the building, which caught fire, was 42 children. According to journalists, the Windows of the burning house, jumped out of three children. In gschs reported that two children were killed during the fire, two more were injured. Two children who were injured, the ambulance was taken to the regional children’s clinical hospital.

In the Odessa region declared mourning because of the tragedy. Media called probable cause of a deadly fire at a children’s camp in Odessa.

On Saturday evening, September 16, police reported that the ashes of Victoria have discovered the remains of a third victim. It’s probably 12-year-old girl, which is still sought after night of the tragedy.

In turn, the relatives of Snjezana Acenti consider ambiguous disseminate information about the death of the girl, so self-organized search of her.

The evening of 17 September, the patrols, composed of the national guardsmen were combing the area between the street Vavilov and the Park of the memorial of heroic defense of Odessa “411-I battery”, because it allegedly received information that there had seen a girl like the three bears.