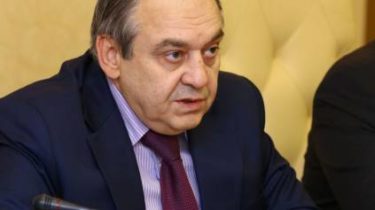 At the Warsaw airport detained on September 18 appointed by Moscow “Deputy Prime Minister” of the occupied Crimea, Georgy Muradov.

He arrived in Poland for a conference on human rights, which is organized annually by the OSCE Office for democratic institutions and human rights.

Despite the diplomatic passport, the Polish border guards decided to check the official and found out that he is black in the sanctions list of the EU.

Muradov said that was not going to Poland, and to meet international organization, so it should miss. To convince the border guards managed, and on meeting Muradov still did not. It is subject to the rights of Russian-speakers in several countries was read by the assistant Muradova.

We will remind, in August the government of Moldova declared persona non grata Vice-Premier of Russia Dmitry Rogozin. He was banned from entering the country.