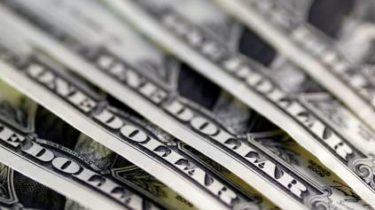 The state budget of Ukraine for the 2018 does not set the exchange rate of hryvnia to the dollar, and during its preparation, the Ministry of Finance has guided the government-approved forecast.

“The budget does not set the rate. We use the forecast that was approved by the Cabinet,” said Markarov.

According to her, conservative forecast of the Cabinet provides the average annual rate of 29.3 per UAH/USD. 30.1 UAH/USD. at the end of the year. However, this does not mean that the course will be exactly that.

“The course is only one of the factors in the calculation”, – she added.

The dollar and the Euro has fallen in price in exchange rates of the national Bank on September 19. Infographics

We will remind, the government announced the projected rate in the project budget. The Cabinet of Ministers the draft state budget for 2018 predicts hryvnia exchange rate at the end of next year at the level of 30.1 per dollar. This is stated in the explanatory note to the project.