Ukraine has imposed a 2.7 bn fines on Russian airlines for flights to Crimea 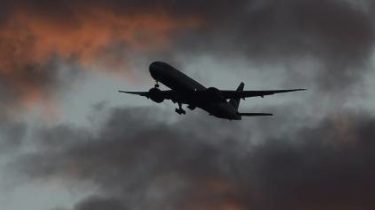 The state aviation service imposed against airlines that violated the airspace of Ukraine, in particular, flew to the Crimea, fines to 2.72 billion.

This information was provided to the Ministry of transport in response to the request of the Agency “Interfax-Ukraine”.

Sanctions are applied to violators in the form of a fine for each violation in the amount of 8 thousand non-taxable minimum incomes of citizens (UAH 136 thousand).

According to the Air Code of Ukraine, if the fine is not paid within 15 days of receipt of the decision on its imposition, enforcement of debt collection exercised by the State Executive service. However, as of September 15, none of strafn not been paid.

Therefore, the Ministry together with the Ministry of Infrastructure and the Ministry of foreign Affairs takes measures to appeal to international courts to resolve the situation on payment of fines and prevention of violations of the airspace of Ukraine.

Recall that in 2015 Ukraine has fined the Russian airline carried out flights to the occupied Autonomous Republic of Crimea, totaling $ 646 million. On the facts of violation of air space over the Crimea by Russian airlines on October 1, 2015, composed of 4 750 protocols for a total amount of 646 million. However, not a penny was paid to the state budget.