“Doesn’t work”. In Transparency International criticized the idea of an anti-corruption chamber in Ukraine 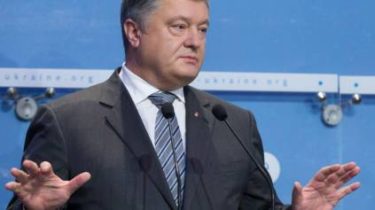 The international network Transparency International calls on Ukrainian authorities to establish an independent anti-corruption court as part of legal obligations of Ukraine and its agreements with the EU and the International monetary Fund.

This is stated in the statement of the organization for the fight against corruption and research on corruption.

In the network believe that the creation of anti-corruption chamber, announced by President Petro Poroshenko, will not help to cases.

“Ukraine should introduce an independent anti-corruption court not to allow connections and nepotism played a role in how Ukraine is justice. President Poroshenko understands the urgency of the situation, but its proposal for a chamber in the current judicial system does not work. People do not believe that the judicial system will attract officials to justice, as courts in the past avoided,” said Jose Faded, Chairman of the Board of Transparency International.

The organization stressed that the current courts have not even started hearings 26 of the 86 cases in which investigators National anti-corruption Bureau has completed pre-trial investigation.

“In these cases expectations are low. Unlike many European countries, Ukraine does not have a judicial system with a reputation that ensures an independent and fair justice based on the rule of law”, – noted in Transparency International.

In the organization added that all anti-corruption judges should be provided with an acceptable salary and a sufficient level of security for themselves and their families.

Earlier in September, Poroshenko said that he hoped in October in Ukraine will be anti-corruption chamber, and the creation of the respective court can wait.