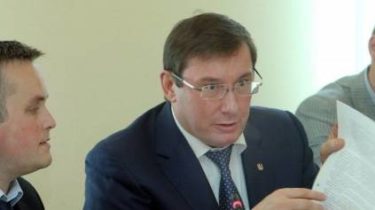 This was stated by Prosecutor General Yury Lutsenko, reports Еспресо.TV.

“I have a legal proof that the NEB, having obtained permission to listen to the 18 people, was carried out by listening to more than 140. People from the protection of the President and other officials from the different branches of government,” he said.

The attorney General has not announced the exact number of officials who auditioned.

Lutsenko said that have already reported this situation to the head of the Bureau of Artem Sytnik.

According to him, the first results in the should wait for a few months.

Reporters learned whether intelligence agencies tapped the phones of Ukrainians

We will remind, Poles were accused of NABOO in the illegal wiretapping of officials and surveillance , and requested the SBU to verify this information. According to him, on August 7 it became known “secret information that nobody wants to publish, because it confirms the treason of the officers of the newly formed bodies of the country, namely the names of those persons who ignore these facts”.

In addition to listening, according to the MP, were also tracking the movement of persons across the country and call traffic between subscribers.