In Poltava, the head of district administration stopped with 2.6 ppm of alcohol behind the wheel. 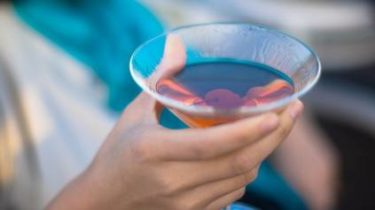 In the Poltava region law enforcement officers on the highway Kyiv – Kharkiv stopped the Chairman of the district state administration Lubensky drunk behind the wheel of a car.

This was announced on his page in Facebook MP from the Radical party Igor Mosiychuk.

“Yesterday (20 September – approx.ed.) 214 kilometer of the highway Kyiv-Kharkiv patrol police stopped the car at which wheel there was lubenskoe Chairman of the district state administration in Poltava region Tatyana, Cacareco”, – he said.

According Mosiychuk, law enforcement officers suggested that the clerk pass the test on alcohol intoxication, but she refused.

“The police insisted on compliance with current legislation, and the result of the test it was found that she Kachenko is in a state of alcoholic intoxication-2.6 ppm,” added the MP.

After that, said Mosiychuk, the police drew up a Protocol with the participation of witnesses, but the head lubenskoe RGA refused to sign it and start “to call someone from their patrons and ask them to hush up the situation, threatened police, and when all else fails, just burst into tears”.

The MP assured that he is already preparing the corresponding Deputy address to the President of Ukraine Petro Poroshenko to immediately dismiss from office the Chairman of Lubensky district state administration in Poltava region Tatyana, Kachenko for “indecent public servant behavior behind the wheel in an alcohol intoxication, and perfect fellowship with representatives of the national police, as well as his official position to put pressure on them.”

Drunk driving is a criminal ! State employee behind the wheel is three times the offender! I will not repeat how much pain and if…

Recall, February 11 the police caught the Chairman of the Odessa district administrative court Oleg Pohanka, which is in a state of alcoholic intoxication driving. The judge was driving the car Toyota Tundra, owned by the member of the Executive Committee of the Odessa city Council Nicholas Surdu, who was there also with signs of intoxication. Since Odessa can’t find a judgethat would judge a colleague for driving drunk.