Kiev swam: as the capital has experienced a strong September storm 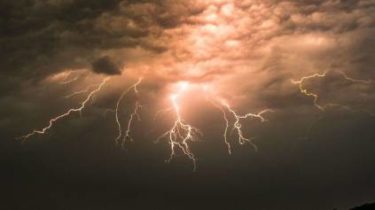 Storm warning announced on the eve of forecasters for Kiev, which survived the storm with hail. Bad weather came to the capital in the morning, and alarmed the citizens, according to a story TSN.19:30.

People talk about strong thunder and deep puddles of water. “The only thing that saved rubber boots. Today was much louder, the child was hard to put down,” – says Anastasia from Kiev Lysenko.

Videonaughty covered the capital of Ukraine

As a result of the downpour floated roads near the Olympic stadium – where the rain has washed away the hatches. These water barriers formed on Poznyak, where the water reached his knees, and the children were transferred to the hands. ‘ve had and the drivers who passed the “lake” with bated breath, because I didn’t see the depth.

Forecasters say thunderstorms and hail is a result of the collision of different properties of air masses, and precipitation in the capital has reached 18 millimeters. Three lightning hit the trees in the Kyiv region, bila Tserkva and in the area damaged a gas pipe – there is a crack through which started to leak gas, which broke.