The Kremlin has criticized the resolution on UN peacekeepers in the Donbas, where Russia will be called aggressor 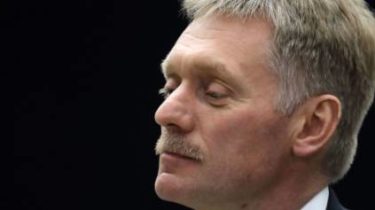 The Kremlin has declared the inadmissibility of the resolution on the UN peacekeeping mission in the Donbas, where Russia will be called aggressor.

He once again said that “Russia is not a party to the conflict”, and is the guarantor of the implementation of the Minsk agreements.

“Position on the fact that, say, Russia is the aggressor, the maneuver is unlikely to remain. Because this position is contrary to the real situation,” said Sands, answering the question whether a compromise on the mission in the Donbass, where Ukraine will demand to include in the mandate of the mission formulation about “peace enforcement”, which confirms the role of Russia as an aggressor.

Answering the question if they impose Russian veto in the UN security Council on such a resolution, Peskov said: “there Is a discussion. Diplomats will work. With regard to the unacceptability of the wording on the Russian aggressor, I said”.

According to him, Putin and Russia have repeatedly demonstrated their desire “to do everything possible for reaching a compromise.”