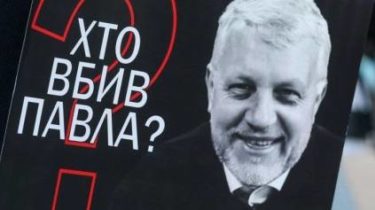 The national police on 24 July 2017 coded all decisions of the courts on the murder of journalist Pavel Sheremet security reasons.

This is stated in the response of the State judicial administration at the request of “the Ukrainian news”.

The day of death Sheremet: the daughter of the deceased don’t want to solve the crime 15 years

“The decision of the Main investigation Department of the National police of July 24, 2017 on the application of security measures on persons involved in criminal proceedings, the enterprise (state enterprise “Information judicial systems”) is required to limit in the Unified register of judicial decisions of the full and universal access to actions taken by investigators, judges Pechersk district court of Kyiv at the request in criminal proceedings”, – stated in the document.

Earlier, the media pointed out that the open access in the Unified registry of court decisions seized more than 200 decisions, particularly about giving the police information about mobile talks possible defendants in criminal proceedings.

We will remind, Pavel of Sheremet was killed in the center of Kiev 20 Jul 2016. The journalist was buried in Minsk. According to investigators, the attackers attached explosives to the underside of the car, at the wheel which was Sheremet.