Ukraine has imposed sanctions against Russian companies, which supply products to the militants 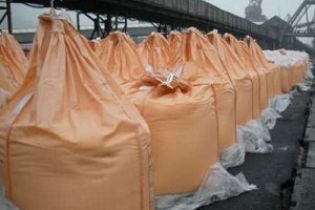 The Ministry of economic development and trade of Ukraine introduced sanctions against Russian enterprises of the holding “EuroChem”.

The corresponding solution is fixed by the order of MEDT No. 1383 dated September 19, reports “Interfax-Ukraine”.

Sanctions in the form of suspension of foreign economic activity of such entities is introduced for the provision of the Main military Prosecutor’s office of the Prosecutor General.

“It is established that the specified enterprises supply of nitrogen fertilizer (ammonium nitrate) on the temporarily uncontrolled by the Ukrainian authorities of the territory of Donetsk and Lugansk regions outside the customs control using suspended or banned by the government checkpoints on the Russian-Ukrainian border”, – the press service of the Prosecutor General.

According to authorities, monies paid to the so-called “DNR” and “LC” for “customs clearance” of fertilizer, was later used to Finance illegal armed groups.

Earlier it was reported that the plant, part of Russian holding company “EuroChem”, supplies to the occupied Donbass iron ore.