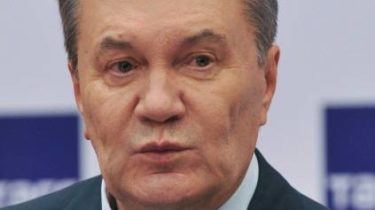 The protection of the President of the fugitive Viktor Yanukovych announced that he was preparing a lawsuit against Prosecutor General Yury Lutsenko from-for “the dissemination of inaccurate information about the presence in Ukraine and abroad “millions” of Yanukovych and seized.”

About this informed the lawyer of Vitaly Serdyuk.

He called these GPU “new fake”.

“Viktor Yanukovych is the only account in the savings Bank in Ukraine, in which about 28,78 million UAH, and another which is about 2.26 million UAH. It’s personal funds that are not subject to confiscation,” says Serdyuk.

Recall, September 20, the Prosecutor General’s office said it is prepared to hold specefication $ 200 million of the funds looted deprived the title of President of Ukraine Viktor Yanukovych.