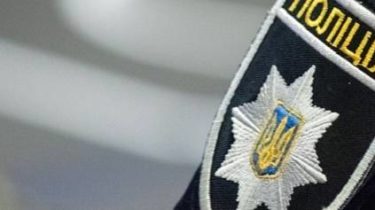 In Kiev ended the first stage of learning English Ukrainian police. Lessons in 15 British teachers has gone up to 120 hours, according to a story TSN.19:30.

Organizers are British Council in Ukraine, the U.S. Embassy and the organization of the English Capital. “We have developed a certain scenario and a certain vocabulary you need to communicate with foreign tourists,” – said on the programme, Deputy British Ambassador to Ukraine Helen FASI. The impetus was “Eurovision”, to prepare for which the cops and helped the foreigners. “In the study of English important practice! It is important to communicate every day,” believes Alexander police Baroyan.

Videoexpert TSN: can the Ukrainian cops to understand a foreign tourist

I have listened lectures of 600 students in uniform, but on the presentation of diplomas part of the patrol was confused from even the most simple questions. Those who could not answer the question about the experience in this program is justified, he always work with a partner, and at least one of the cops a foreign language communication know. “The most striking thing is to see the results of how confident the police speak English now,” says the Director of the British Council in Ukraine Simon Williams. Soon, the organizers promise to start the second phase of the English lessons for the police – then the study will attract the commanders of divisions and battalions.

Oxford School: What are the benefits of a good knowledge of the English language today?

But the experiment TSN in the heart of the capital makes it not a very comforting result, even those cops who patrol Khreschatik, Podil and the government quarter, independently and quickly to answer questions in English can’t.