Groysman announced the last chance to save pensions increase in October 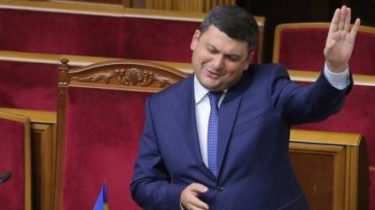 The government promised the increase of pensions from 1 October in jeopardybecause the deputies did not get to discuss pension reform. MPs stuck at the court, says the story TSN.19:30.

To inspire them to accelerated and continued work, has come to the Rada, the Prime Minister Volodymyr Groysman, who asked MPs not to disperse until they vote for pension reform. Speaker three times raised the question about the cancellation of the break for review, but all times failed. Therefore we will now be able to proceed to the consideration of the pension reform deputies in October.

By evening, the Prime Minister issued a clarification and an appeal to the deputies. He called to unite and vote faster, because for the calculation of new figures have a lot of time. “There is still a chance to have the opportunity to pass pension reform in the first plenary week in early October, and we their work conscientiously do, we will work 24 hours a day, but we will do the calculations for each Ukrainian pensioners”, – promised Grauman.

Earlier, the deputies-pensioners and members of non-retirees admitted, how much money are preparing for a “rainy day”, how are you going to live in old age and believe that retirement will come.