Metro line, a bridge and several streets in Kiev have published a list of the objects that you plan to rename 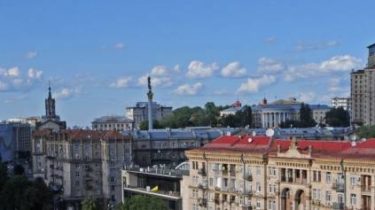 In Kiev released another list of streets that are going to soon be renamed. Among them most of the named in honor of supporters of the Communist regime and politicians, according to a story program “snidanok z 1+1”.

In particular, in the capital plan to rename the metro station “Petrovka” with “Pochayna”, Moscow bridge in the North, the street Wanda Wasilewska, named after the Polish and then Soviet writer, member of the Supreme Soviet of the USSR, which has periodically written on their colleagues ‘ denunciations of comrade Stalin personally, turn into the street of Bohdan Hawrylyshyn.

Videoprogram of communism still haunting the streets of Ukraine

Decommunization, which officials started two years ago, though slowly, but continues.

At the same time, dozens of streets in the capital and thousands in Ukraine continue to exist quietly, and next to them as quietly decompresiune are not the symbols of the Soviet era: a monument to Nikolay Ostrovsky in Kiev, Maxim Gorky – in Severodonetsk, the Soviet order at the entrance to Metropolitan Park “Victory”.

The reporters found the street with very loud names, which is not in the list. For example, the street on which there is only one house, bears the name of Clara Zetkin, who organized the 8th of March.

Besides, in Kiev in a number of places of Soviet characters were only hidden. For example, at the metro station “Palace of Ukraine” and still shields for hiding bas-relief with the hammer and sickle, as well as a mural of the red army. In the heart of the capital on the Boulevard Shevchenko for a Patriotic smokescreen hiding Shchors on horseback. The monument tried to dismantle, but could “demoniziruet” only the leg of the animal.

When officials bring the matter to the end – is unknown. After all, no deadlines decommunization no one calls.

We will remind, earlier in Odessa there was a scandal because of the fact that on April 26 deputies of the city Council brought back the old names to all denomonational the streets, alleys and avenues.

The Prosecutor’s office opened a criminal case on the fact of cancellation of the Odessa city Council decision on the de-communization of a number of streets.