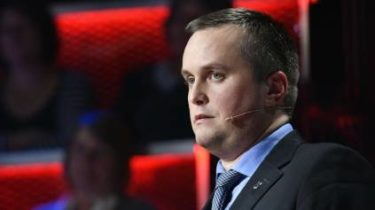 The head of the Specialized anti-corruption prosecutors Nazar Golodnitsky sent to the Prosecutor General of Ukraine on the announcement of suspicion to the people’s Deputy Oles Dovgy.

About this Holodnitsky said on a talk show, “the Right to Vlad,” on the TV channel “1+1”.

Videocap is investigating 93 cases involving the deputies and officials – Holodnitsky

In General, according to the head of the SAP, his office has opened 93 criminal proceedings, which involve representatives of the Supreme legislative or Executive powers.

These proceedings relate to possible illegal enrichment and predstavleniya false information in the Declaration.

Also Holodnitsky said that in SAP there are several criminal proceedings in respect of a possible abuse of power and abuse of authority by officials of the National Bank of Ukraine. The names of these persons, the head of SAP refused to name.

The building permit reserve. What MP Dovgy could be imprisoned for eight years

We will remind, Oles Dovgy is accused of land fraud in the capital over the working time Secretary the city Council. In the case where 45 hectares of land in reserved Zhukov island, only the nominal value of which amounts to 82 million. Lutsenko at the meeting of the Committee showed the document dated October 2007 with the signature of long.