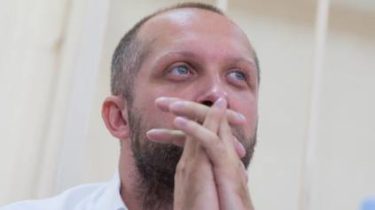 People’s Deputy Maxim Polyakov, who is suspected of receiving bribes, has introduced a new Deposit in the amount of 608 thousand hryvnias.

About this on air of the talk show “Right to Vlad,” said the head of the Special anti-corruption Prosecutor Nazar Golodnitsky.

The Prosecutor said that the Poles refused to wear an electronic bracelet and Holodnitsky publicly promised to the people’s Deputy, if he does not, then SAP will punish him bail.

“He didn’t want to do that, therefore, he sought bail in 300 thousand hryvnias in the state. And appointed a new pledge,” said Holodnitsky.

Videopolice: Investigators have not found the stations of the mansion, which was shown in the media

July 21, Solomensky regional court of Kiev chose a measure of restraint to the Deputy Polyakov – 304 thousand bail and ordered to wear an electronic bracelet. Also the Poles should surrender passport and not to leave Kiev and Uman without coordination with the investigation. July 25 Poles made bail in 304 thousand. August 23, after several failures , he finally wore an electronic bracelet.