In the center of Kiev broke improperly parked cars 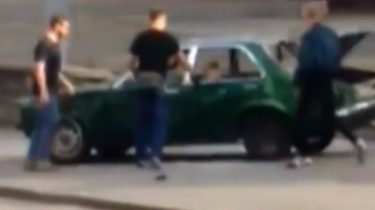 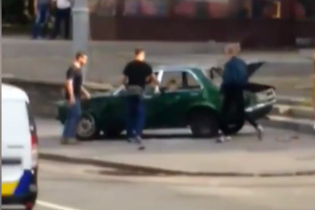 Just in the center of Kiev four guys defeated the incorrectly parked car. They hit the car in bits, tore the door loose and out of the cabin stuff.

This is stated in the plot of TSN.Sores.

First, they are bits of smashed glass, then began to tear off the door, and it’s all in the eyes of stunned passers-by. Witnesses filming everything on camera and outraged that the police on the guys not paying attention.

However, the police did nothing because they all knew. The police have given permission for the breaking of the machine because it’s all about performance, which was organized by mystetskyi Arsenal.

This action covers the topics of security and violations of rules of a Parking of cars that is an actual problem for the city.

The organizers noted that passers-by weren’t to know that the crime isn’t real. Therefore, they, seeing this, immediately called the cops. But drivers performance is not particularly hooked – they continue to Park on sidewalks.

We will remind, the Network showed a video of how Klitschko with one hand pushed parked in the wrong place of the car. He pushed the car left hand and a second hand was on the phone.

The Facebook user who posted this video wrote that this happened on the street Sagaidachniy Wednesday, at 8 am.