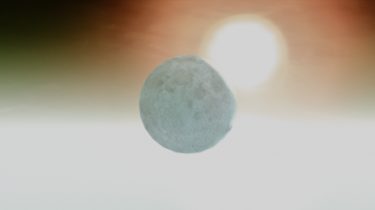 Former expert of the British Ministry of defense Nick Pope has dispelled the theory that the end of the world will occur on Saturday, September 23.

Disappointing for mankind the predictions that a mysterious planet Nibiru will destroy the Earth in a fiery collision, expresses the Christian numerologist David Mead. His claim numerologist is based on the verses of the Bible, the time of the solar Eclipse last month, and “tips” that, according to him, written on the pyramids.

A series of videos on YouTube also claims that the end of the world – September 23, citing a combination of numerology and biblical interpretations.

However, the Pope believes the forecast is “unscientific” and potentially harmful to impressionable people: “Young, impressionable and suicides can see the history on Nibiru and believe in them. I think there is a danger that, for example, something like this may encourage the person with unstable mentality to the edge”.

Pope investigated UFOs and other mysteries for the Ministry of defence, and is a leading expert in conspiracy theories. He told the publication: “We live on 23 September as well as experienced all of the other doomsday predictions of the who have done before.”

Nibiru, sometimes called Planet X. It is a hypothetical 12th planet on the edge of our Solar system. Under the assumptions that the planet is on an elliptical orbit that brings it closer to the Earth every 3600 years, and conspiracy theorists claim that this cycle will confronted her with the Earth tomorrow.

But the Pope says that these assumptions are easy to dispel: “If the mysterious 12-and the planet really needs to collide with Earth on Saturday, we all would be able to see her right now.”

“If she was so close to the Ground, you wouldn’t even need a telescope – it would be visible to the naked eye,” – said the expert.

We will remind, recently Stephen Hawking has named a new reason for the end of the world and predicted when it will happen. The scientist also called on the people to flee from the planet and noted the necessity of creation of technologies for long-distance space travel.