Game with death: in Australia a daredevil ride on the windshield of high-speed trains 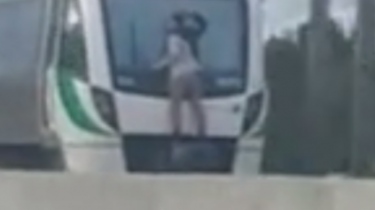 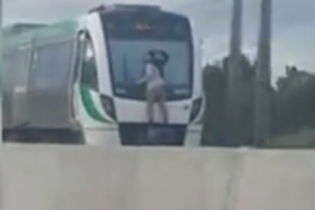 Eyewitnesses removed on video in Perth, Australia daredevil tried to go by train – from the outside on the windshield.

This is stated in the story TSN.Ranok.

In such an original way 23-year-old man rode one stop, clinging firmly to the janitor for glass.

Fun could end in tragedy, because in that time, the train was travelling at 110 kilometers per hour. Extreme arrested at the next station. Now for the dangerous behavior he will have to justify to the police.

We will remind, earlier in Zhytomyr one teenager was killed and two were injured, jumping from a freight train while driving. Near the village of Pervomayskaya in Zhytomyr teenagers alternately jumped on the railway platform. Last it was not hit and took off on the stone floors. From traumatized he died on the spot.