Militants in the area ATO not allowed to raise his head from the trenches: the military has had to change positions 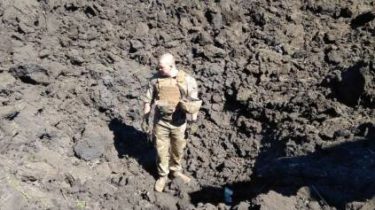 Militants today fired at the front Marinka and broke seven houses. Shells fell on outbuildings and gardens. Only in one place and counted eight hits. Miraculously none of the locals got hurt.

Near Avdeevka because of the constant shelling of the enemy, the Ukrainian military were forced to change their positions, because the enemy artillery gave raise their heads out of the trench. They strengthened the position of the bags and wood.

Videocasette Avdeevka changing positions because of the constant shelling by militants

New trenches made by all the rules of military Affairs: a zigzag to reduce the fragmentation of the projectile if it enters the trench.

At the same time, say the engineers, all the fields close to the Town are mined. After the war it will take decades, so the area became safe.

Earlier, the NSDC Secretary said that in the Donbass daily observed increase in the number of weapons and ammunitionthat are imported by Russian troops.