Ukrainian land two and a half times cheaper than in Europe 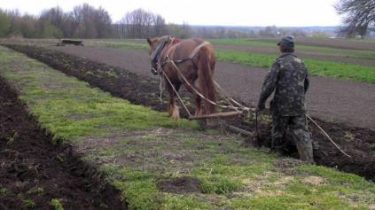 For every Ukrainian has approximately $ 2 million of land resources.

According to estimates of the National Academy of Sciences, in General, the natural wealth of Ukraine are 380 trillion. This is stated in the plot program “snidanok z “1+1”.

However, the Ukrainian land is undervalued compared to the European. Now one hectare in Ukraine is almost 3 thousand euros, and in Europe – 8 thousand. That is the difference – two and a half times.

Recall that in the framework of land reform in Ukraine, including on the lifting of the moratorium on its sale, for auctions for the sale of land want to allow local registration.