Insinuations for a few days. Poroshenko has responded to charges of selling weapons to Africa 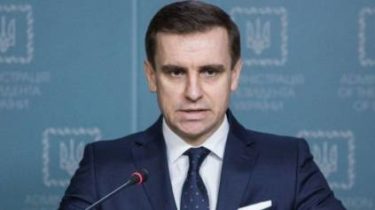 The Deputy head of the presidential administration of Ukraine Konstantin Eliseev commented on the accusations of Ukraine in the fact that she allegedly participated in a scheme to sell weapons to countries in Africa.

According to officials, this is the issue of competition on the arms market.

”For us it is important that this military cooperation was in line with resolutions of the UN security Council and international standards. If so, then I don’t see any sensationalism,” – quotes its words “Radio Liberty”.

Eliseev said that Ukraine is an important and responsible partner in the arms market, and the system of control created by the United States.

“Ukrinmash” responded to accusations of supplying weapons to South Sudan

”We have a strong system of state-export control. By the way, at the time, was created with the help of the American side. Were the charges in respect of the alleged involvement of Ukraine to the development of certain types of weapons for North Korea. All this innuendo that a few days everyone will forget”, – he added.

Recall, September 25 the international human rights organization Amnesty International in its report said about Ukraine’s involvement in illegal arms supplies to South Sudan. According to human rights, the Ukrainian state special exporter of military products “Ukrinmash” signed a contract with the UAE for the supply of thousands of machine guns, mortars, RPGs and millions of munitions in South Sudan.

“Ukrinmash” never put mentioned in the contract the arms to southern Sudan. The contract was signed and executed, and has not held and will not be… the agreement was void, and did not take place. Was not obtained export licenses,” – said the representative of the company.

September 26, journalists from the international Association OCCRP said about the involvement of Ukraine of illegal re-export of weapons from EU countries to Africa and the middle East.