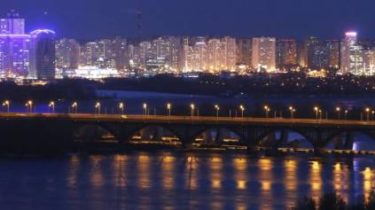 Around 10 PM on September 26, residents and commuters heard a few deaf powerful breaks. From Vyshgorod even reported that cowards at home and jingled the glass in the Windows.

28 thousands of people were evacuated and two injured. The main thing on powerful explosions in military warehouses in Kalinovka

At the same time, no outbreaks, no one noticed. After midnight, the explosions subsided.

Last week Vyshgorodsky district administration reported the routine firing practice on the ground of the national guard, but according to the schedule they would have to end up 18 hours.

Informed about the sounds of the explosions were massively reported by users of social networks. In particular, they heard the inhabitants of Darnitsa, Obolon, Troyeshchyna, Lukyanovka.