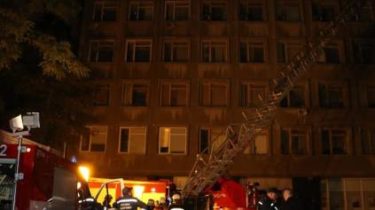 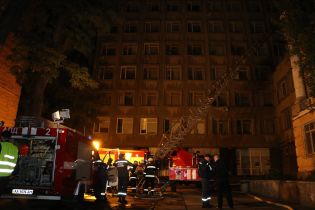 After a fire that occurred on Wednesday, September 27, Volodymyrska str., 72 Kyiv in the ashes of the Elevator car found charred remains of a human body.

The fire occurred in a room on the 8th floor in the building at one of the universities. On a scene there arrived rescuers who did not provide information concerning the stay of people in premises outside working hours.

“Considering the fact that during extinguishing the fire, the building was de-energized, to check fire place September 28, was directed pozharno-saving division, which during the inspection in daylight the ashes of the Elevator car found the charred remains of a human body of unknown sex,” – noted in gschs.

Now the cause of the fire, the damage and the circumstances of the death are being investigated by law enforcement.

Additional information regarding the fire occurred on 27 September, 2017 on the street 72 Recall that, on 27 Sep…

Recall, 27 September, firefighters received a message about a fire in a room on the 8th floor in the building at one of the universities of the capital on the street 72. The scene has 19 units of basic and special firefighting and rescue equipment and 56 personnel. While extinguishing the fire, firefighters rescued a man born in 1948. The soldiers brought the rescued to fresh air and transferred to the medical service workers.