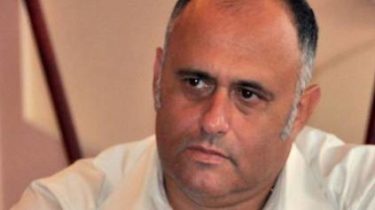 In Odesa region the head of regional Council is suspected of using the counterfeit diploma about higher education, which he allegedly obtained in Russia.

About it reported in a press-service of Prosecutor’s office of Odessa region.

“Odessa local Prosecutor’s office No. 3 performs procedural management in criminal proceedings on the fact of using a forged document. During the pre-trial investigation, the Prosecutor’s office in conjunction with the police reported about suspicion in Commission of crime the person who currently holds the position of head of the regional Council of Odessa region”, – stated in the message.

According to authorities, wanting to take the position of first Deputy Chairman of the Razdelnyansky district administration, it has given counterfeit documents on higher education in the Russian Federation.

We will remind, earlier in Odessa in the Parking lot near his home in the village Kotovsky was severely beaten by the chair of the Razdelnyansky district Council from the “Opposition bloc” Felix Segal. According to party members Seagal, a man was attacked by four unknown persons. They inflicted multiple blows to the head with a heavy object.