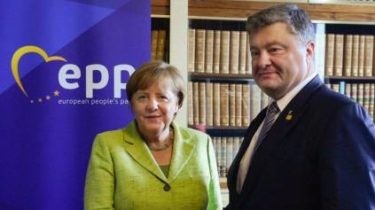 The President of Ukraine Petro Poroshenko during a telephone conversation with German Chancellor Angela Merkel urged to prevent the conclusion of a wrongfully convicted so-called court in occupied to the Crimea LMI Umerov, one of the leaders of the Crimean Tatars.

This was reported on the website of the President.

Poroshenko called for the consolidation of international support to accelerate the release of all Ukrainian hostages from Russian captivity.

Besides, the parties coordinated approach to the implementation of the initiative to deploy UN peacekeepers in the occupied part of Donbas and uncontrolled section of the Ukrainian-Russian border.

Poroshenko also congratulated Federal Chancellor of Germany with a victory in the parliamentary elections and wished her successful completion of the coalition negotiations. “Of this victory depends on the stability of the whole Europe”, – said Poroshenko.

Recall LMI Umerov September 27 under the control of the Simferopol district court sentenced to two years in prison. In the PACE strongly condemned the verdict Umarova and called unacceptable persecution for opposing the illegal annexation of Crimea. In his last word Umerov stressed that if Russia’s aggression towards Ukraine and Crimea go unpunished, it will set a precedent through which will fall the entire world order.

Videomovie Parliament, the old Chancellor: Angela Merkel has won the elections in Germany