The Ukrainians will be counted grants twice a year 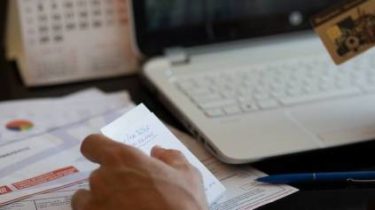 The social security authorities will determine the size of grants twice a year and will take into account the different periods of the income of citizens.

In particular, for the heating season, which starts October 1, will take into account the incomes for the first half of 2017. But to calculate the year of grant (may 1) – revenues for the second half of this year.

“It objectively. So, the citizen, for example, all of last year worked and received high wages. This year for one reason or another quit his job and needs help paying for communal reasons. Socially unjust to take into account his last year’s income, when he could pay the bills for heat, electricity and water. So the government has to meet such people, adapting their social status to the date of appointment of subsidies”, – stated in the message of the Cabinet.

We will remind, in may-June delayed the reappointment of grants for the summer period, because the fiscal service were not able to provide information about the incomes for the first quarter of this year. This was especially evident in large cities. The government has taken into account this argument.

Meanwhile, another month, until November 1, will receive applications from the economical to the Ukrainians, who during the last heating season, save gas and electricity while heating the home. Saved subsidies they promise to partially monetize.