“NATO flag in hand”. In Russia denied the presence of troops in Belarus, calling Muzhenko “incompetent” 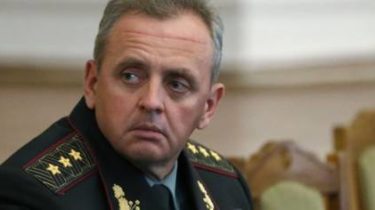 Russia has denied the statement of the head of the General staff of Ukraine Viktor Muzhenko that Belarus has still not withdrawn the Russian troops, who took part in the exercises “West-2017”and called him “incompetent”.

This was stated by the official representative of the defense Ministry major General Igor Konashenkov, reports “Interfax”.

“Statements Muzhenko about hidden Russian troops in Belarus demonstrated incompetent… Absolute non-possession of operational conditions on the removal of hundreds of kilometers from the capital of their own country and imagination about the number of troops that are there, is cause for immediate dismissal of the chief of the General staff,” – he stressed.

Konashenkov noted that in this state, “the Ukrainian army is a direct and clear threat, above all for NATO itself”.

“If this is the result of US-led and NATO transition of the Ukrainian Armed forces to NATO standards – that is, as they say, and NATO flag in hands”, – he added.

Separately, the representative of the defense Ministry assured that units of the Russian troops, who took part in the joint strategic exercises “West-2017”, returned to places of permanent deployment.

Recall, from 14 to 20 September in Belarus held joint military exercises “West-2017”. They occurred on the territory of this country and the Kaliningrad region of Russia near the border of Ukraine and the Eastern borders of NATO. According to official data, were involved in 13 thousand soldiers and 250 tanks.

In the NSDC of Ukraine said that the real number of participants – up to a quarter million troops. NATO is concerned about the activity of Russian and Belarusian troops and believe that the exercises are aimed at provoking the member countries of the Alliance.

The chief of the General staff of the Armed forces of Ukraine Viktor Muzhenko in an interview with Reuters said that Russia has left some of its troops on the territory of Belarus after the completion of military exercises “West-2017”, despite the promises Moscow not to do so.