The attorney General showed the video, as two judges tried to bribe Horodniceanu 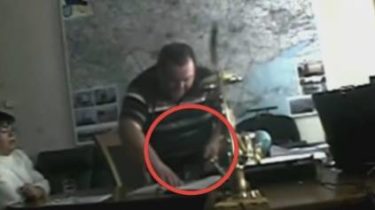 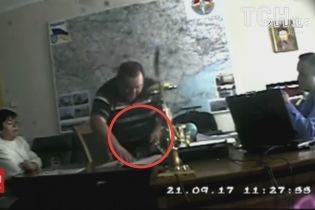 Pechersky district court of Kiev a week ago was sent to jail two of the judges of the Kirov district court of the Dnieper, which was caught trying to give a hefty bribe to the head of the Specialized anti-corruption prosecutors Nazar Golodnitsky.

How exactly was offered a bribe, seen in the video, which was provided by the Prosecutor General Yury Lutsenko and which showed in the program TSN.Tyzhden (video – 10:48 min.).

The video shows the head of the Kirov district court of the Dnieper Gennady Podbelskogo and his Deputy Natalia Ovcharenko. They try to give 50 thousand dollars as the first part of a bribe Nazar Holodnitsky to block the investigation of the extortion itself Ovcharenko. She told the journalists, a very devout all their bribes were baptized, before you take up.