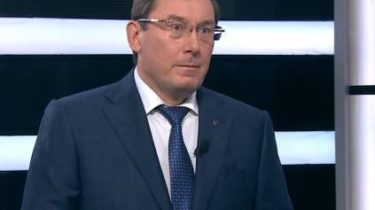 Among the guests of the wedding of the son of the General Prosecutor of Ukraine Yury Lutsenko was at least four persons who are subject to round-the-clock state protection. Therefore, the perimeter of the institution, where celebrating a wedding, were employees of the state security Department.

About this Lutsenko said on the air of TSN.Tyzhden.

According to him, the PAROLE officer has the right to determine the perimeter for the safety of persons who are under protection., that sets PAROLE, “is mandatory for all, including journalists.”

“The journalists we are often turned into bloodhounds. If they came to me and said, “We want you at the wedding.” I’d invited them and even offered. However, it was interesting to shoot out of the bushes who comes and who goes. They were simple paparazzi” – said Lutsenko.

The attorney General announced that h the other hand, he regrets that “the staff of UGO could not find balance and came into physical contact with journalists.”

“Not my business to monitor what is happening outside the perimeter of my family holiday. However, HUGO is now conducting an official investigation in the case, if it is established violation of the law, of course, the perpetrators will be brought to justice,” – said Yuri Lutsenko.