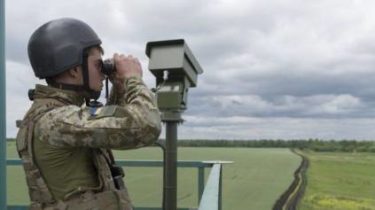 Ukrainian border guards confirmed the attack on the Russian colleagues, in which one of the soldiers of Russia died, and denied that the attackers were moving from the territory of Ukraine.

This was stated by the speaker of the state border service Oleg Slobodyan, writes “Ukrainian truth”.

“The fact that this group moved from Ukraine is not true. Russia is another fake” – he stressed.

According Slobodyan, it was a group of Russian citizens of Caucasian or Chechen origin who were in the Russian Federal wanted list and was moving towards the border with Ukraine, and not Vice versa.

At the same time, the Ukrainian border guard noted that in the case of violations of the border party shall immediately inform the other party to establish the violation, fix it in the relevant protocols, so if the fighters were sent from Ukraine, it should come as Russia.

“In this case, no information from Russia about the violation of the state border has not been received. Checking the border line has not confirmed the facts of violations of the border,” he said.

We will remind, earlier the Russian TASS reported that near the village of Tetkino, through which Ukrainian-Russian border, during the RAID killed a Russian border guard.