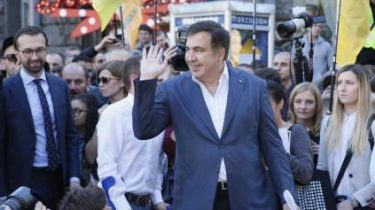 The ex-President of Georgia, the former head of the Odessa regional state administration and the leader of the political party “new force” Mikheil Saakashvili has filed a petition to grant him political asylum in Ukraine.

About this “Ukrainian news” said his lawyer Markian halabala has been.

“The request to provide citizens with additional protection and political asylum is, in fact, one and the same. Just in the home often use the concept of “political asylum”, – he said.

The lawyer said that while the State migration service did not respond to the request policy, but had to do it during the day.