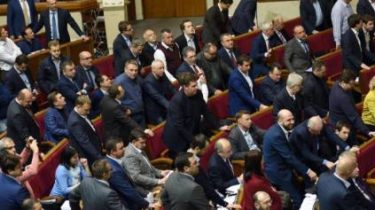 On Tuesday, October 3, the Verkhovna Rada adopted the judicial reform. For adoption of bill No. 6232 on second reading and in General voted 234 deputies out of 358 in the audience.

“We took the longest bill in the history of the Ukrainian Parliament, it was a tough three weeks of work, colleagues, but we were able to reach a positive vote …”, – said the speaker of Parliament Andriy Parubiy after the decision.

Against voted 47 deputies, 7 decided to abstain. Meanwhile not voted for a historic document 70 MPs.

Previously to the draft judicial reform MPs have submitted a record number of edits – 5,5 thousand. The project of judicial reform in the presidential edition was indignant in “Homeland” and “Samopomich”. Say the judges, whose competence and engagement are often in doubt, get full power over the participants in the process. They will have the right to assign large fines and even criminal penalties for minor violations.