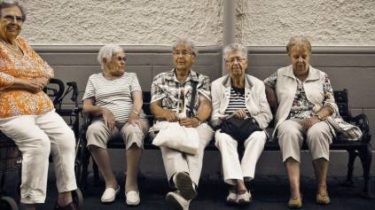 Prime Minister of Ukraine Volodymyr Groysman said that with the adoption of reforms more than 1.1 million pensioners will receive pension increases of 1,000 hryvnia.

This was said at a government meeting, reports the press service of the Cabinet.

In particular, the adoption by Parliament of the pension reform will in October to raise pensions for over 9 million pensioners, abolish taxation of pensions for working pensioners to leave the current retirement age and to introduce an automatic increase in pensions.

According Groisman, from 1 October, the minimum pension will amount to UAH 1452.

“In the past remain pensions to 949 UAH”, – said the Prime Minister and added that the base for calculating pensions will be 3764 UAH and more than 1.1 million pensioners will receive pension increases of more than 1 thousand UAH.

“I would like to congratulate the Parliament’s decision on the adoption of pension reform. It waited years retired. This is an extremely important decision. Yesterday we laid the Foundation of a fair pension system. It was a very difficult path, I want to thank everyone who participated in the process,” – said the head of government.

We will remind, yesterday the Verkhovna Rada adopted the draft law launches pension reform and needs to create a fair system of pension insurance. For the adoption of document No. 6614 second reading and in General voted 288 deputies from 346 in the audience. Against voted 8 deputies, 23 decided to abstain. Meanwhile not voted for a historic document 27 deputies.

The bill restores the differentiation of pensions depending on the received income and insurance experience. In addition, must be a renegotiation of the allocation (indexing) pensions, and the annual recalculation of pensions by increasing the average wage.

After the adoption of the laws on pension reform , the minimum pension in Ukraine will increase by 11% (140 UAH) – from current 1312 1452 UAH to UAH for those who have sufficient insurance experience. In case of acceptance by deputies of the pension reform from October 1 to assignment and recalculation of pensions applies a living wage stipulated by the state budget on December 1, 2017. That is, from October 1, the subsistence minimum for retirees who have full insurance will be 1452 UAH.