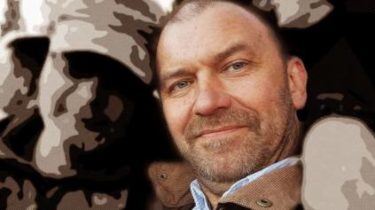 To help the leaders of the “L/DNR” Alexander Zakharchenko and Igor Plotnitsky, the Kremlin sends generals and political advisers. TSN.ia together with the counterintelligence of SBU collects data about Russian citizens who take part in the creation of quasiregular.

This time in the field of view was political adviser to the leader “DNR” Alexander Zakharchenko and ideologist of the “new Russia” Alexander Kazakov, who still works in the Donbas.

Since September 25 Cossacks announced plans by militants to “take” territory, which is now in control of Kiev if the Russian government refuses to support the “L/DNR”. Such a rebuke is more like a blackmail of the Kremlin, after all, comes from the person assigned to Zakharchenko is a Russian curator of the Donetsk militants, Putin aide Vladislav Surkov.

Kazakov was born in Riga in 1965. He studied at the Moscow state University.M.In.Lomonosov (MSU) at the faculty of philosophy, specialization “Russian religious and political philosophy”. However, the University never finished.

Published in the newspaper “Atmoda” the popular front of Latvia. Reminiscing about his work in the newspaper, a colleague Kazakova, Latvian Saeima Deputy Nikolai Kabanov said that the task of “awakening” was the maximum split any attempts to unite the Russians. This was done to ensure the victory of Latvian nationalists in the 1993 elections to the Sejm of Latvia. 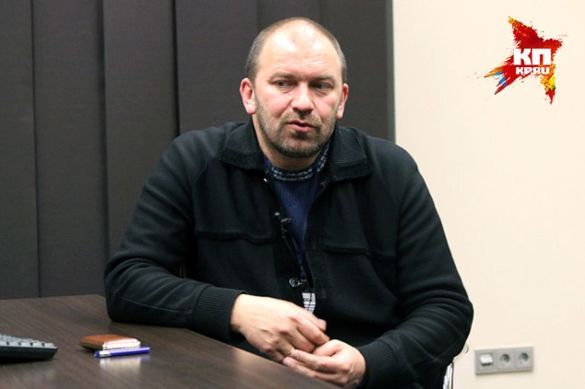 Kazakov himself calls himself a Russian nationalist. He later stated that he was disappointed in the leaders of the popular Front, which, according to him, deceived the Russians campaigning for the independence of Latvia. Then, in 2003, the Cossacks, already having citizenship of the Russian Federation, headed “Staff of protection of Russian schools” and was an active member of the United Congress of Russian community of Latvia.

For the year organized many large-scale protest actions of Russian schoolboys. In September 2004, he was exiled from Latvia as a person who represents a threat to national security. Then the Latvian police suspected Cossacks incitement to racial hatred and incitement to violence. But criminal case on him has not been prosecuted. It is worth noting that in 2004 Latvia joined the EU and became a NATO member.

Since 2003 and 2005, Kazakov worked as a freelance adviser on international Affairs to the leader of the Russian left, the national-conservative party “Rodina” Dmitry Rogozin. By the way, Rogozin now is the Deputy Prime Minister of Russia and special envoy of Russian President Putin on Transnistria.

Also Cossacks was the curator of the projects “Young “homeland”. The party is known for its campaigns against illegal migration. Under the slogan “Moscow for Muscovites,” they are required to conduct a census of migrants and strengthen supervision over them.

Since 2006, the Cossacks ceased cooperation with Rogozin, becoming an ideologue and a consultant to the Pro-Kremlin youth movement “Local” positioned himself as a Union to support the policy of President Putin and Moscow region Governor Boris Gromov. At that time in the political arena there was already a similar youth organizations like “Nashi” and “Molodaya Gvardiya”. The auspices of all three organizations, Russian media attributed to the Russian presidential aide Vladislav Surkov.

The Ideology Of “New Russia”

With the beginning of Russian aggression in Ukraine, the Cossacks became a member of the process for creating quasi-States on the territory of Donbass.

At the end of September 2014 in Moscow the self-proclaimed head of the “popular front of new Russia” Oleg Tsarev (the former regions) gathered the first meeting of the newly established “Centre of strategic planning at the Parliament of new Russia”. Head of the center was exactly the Cossacks.

It is also noteworthy that “Center” was established with the support of the Expert center of the world Russian people’s Council (WRPC). ARNS was founded by members of the Russian Orthodox clergy. The Chairman of the Council is the Patriarch of Moscow and all Russia Kirill.

According to Tsarev, the “Center” had to do with issues of ideology and strategic planning and its main purpose was to provide cultural, social, ideological, religious and other “images of the region.” The experts of the “Center” was made by the Russians are philosophers, publicists, journalists, most of whom are inclined to a right-wing nationalist ideas.

However, the project “Novorossia” didn’t last long and violent activities of the “Center” gradually faded until the end of 2014. However, the Cossacks managed to make a few statements and giving interviews, in particular, “Komsomolskaya Pravda,” which introduced him as “a professional political analyst and Advisor”.

So, the Cossacks insisted that the Donbas continues, “people’s war”, and talked about the elections that the separatists were trained in the occupied territories. Even then, he expressed support for the leader of the Donetsk terrorists Zakharchenko: “do Zakharchenko issued by the people’s vote of confidence. He deserved it. And it is clear that he will win.”

Criticism of the Minsk agreements and work on “the LC”

In 2015, the Cossacks are somewhat distracted from the Donbass, having been engaged in the creation of the Russian TV channel “Rocket” in the company of Russian actors Michael Porechenkov and Ivan Okhlobystin. However, this project proved to be “stillborn”, and the channel has not started to broadcast.

Meanwhile, Cossacks continued to participate in the discussion of the events in the Donbas. In particular, in the spring of actively criticized the Minsk agreements, saying that they are useless. Later, however, when a little subsided, the fighting and went active talks that the Kremlin “merges” the Donbass, the Cossacks have already said that the Kremlin is set to “launch real Minsk process”, because it is advantageous first of all to Moscow.

Videocheck act, Putin crossed the Minsk agreement and Kiev what to do next

He also expressed his vision for the future of the Donbass “republics”. In the first scenario, they must be “independent in the full sense of the word.” However, the Cossacks understood that this option is the least probable, therefore, proposed and the economic and political cooperation with Ukraine, and “Republic” should remain part of Ukraine in the Autonomous mode.

In addition, in the summer of 2015 the Cossacks lit up and in “LNR”. He was the ideologist and curator of the public movement “Peace Luhansk”, which, according to media reports, opponents were called “pocket party” Alexander Efremov, a former MP, who is now under house arrest due to accusations of promoting separatism.

Now “Peace Luhansk” reports directly to the leader “LNR” Igor Carpenter, who, as planned then, was going to participate in the elections envisaged by the Minsk agreements.

At the end of 2015 Kazakov focused on the image “Grovskopa” leader Zakharchenko, organizing events that aimed to increase the popularity of terrorist, but actually caused more ridicule and criticism, both among colleagues Kazakova, and ordinary Ukrainians living in the occupied territory.

So, there was created a children’s organization “Zaharova”. Its logo was the profile of the Zakharov-style images of Lenin in the past. And one of the members of the “DNR” in his speech compared the day of the founding of the organization with the anniversary of the pioneer movement in the USSR. 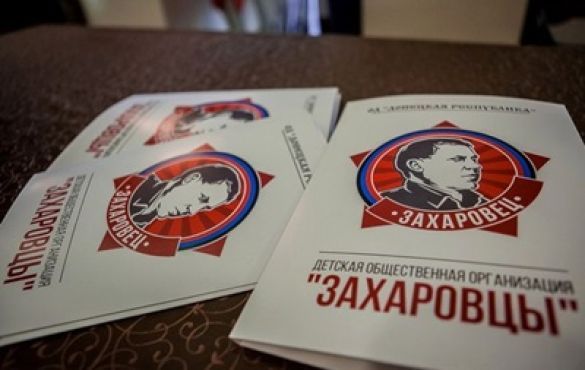 There were also rallies in support of Zakharchenko. One of the most controversial took place in the winter of 2017 in support of the capture of the Enakievo metallurgical plant. People were herded to the rally with posters “we Support the decision of the head of DND”, “Neither tons of coal to Ukraine”, “the Introduction of external management – the preservation of jobs”.

In addition, Zakharchenko expressed a lot of threats and plans to “combat” tours in Kiev and London. Periodically, there were also such other passages as weighting Zakharchenko gun on the market to check the accuracy of the balance, and the like.

All this has caused criticism from other ideologists of the “republics”, in particular small, Purgin, lyagin, Bezler, Hodakovsky. In response, the Cossacks gathered local bloggers with the requirement to maintain the readers boundless love for the “Republic” and forming a negative image of the above-mentioned critics. However, the existence of a “blacklist Kazakov” immediately it became known that only led to greater ridicule.

Statement on Ukraine Kazakova now also become more strident and peremptory. In particular, he said that in the unoccupied territory of Donetsk region “our people live” and all the land is “de jure it is the territory of the DNI”. Called Ukraine a “state terrorist”, which “undermines hospitals and schools”.

Come down to the fact that in September 2017 Cossacks threatened by a new attack, which can be interpreted as a threat as Kiev and Moscow that they do not suddenly decide to “forget” about the Donbass.

“Russia only in that case will refuse economic aid if you abandon the political support of the republics. But if Russia refuses republics, Putin will not be able to affect the Republic and keep them from being able to pick up their temporarily occupied territory of Kiev by military means. And then to ensure its security by destroying the source of aggression beyond its borders”, – wrote Advisor to Zakharchenko.

According to Kazakova, Russian support for Kiev is a guarantee that the formation of “L/DNI” do not go forward and will not capture new territory.

Yet the Cossacks continues in the Donbass, constantly updating his microblog on Twitter and page Facebook new messages about the Donbass and Ukraine, where, in particular, enjoys the explosions at military depots in Kalinovka and criticizes the Ukrainian government.

However, the question arises: how long he will be allowed to continue their activity in the presence of harsh criticism from colleagues and uttered threats against the Kremlin.