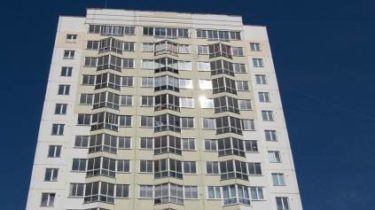 In the Kiev region in the city Vyshgorod six-year-old girl fell from the window of the 18th floor.

It is noted that the incident occurred yesterday, October 4, about 20:30. From the received traumas the baby died.

About the accident, police said the doctor on duty of ambulance crews, who noted the death of a child.

In the river from the roof of flats fell by minors

According to preliminary information, the girl alone opened the window and looked mom from work. She fell out of the window with his dog.

It is reported that pre-school educational institution the child does not attend. In the morning, 39-year-old woman went to work, leaving the daughter home alone and every hour of calling her.

Information about this event included in the Unified register of pre-judicial investigations.

We will remind, earlier in Kropiwnicki year-old girl fell from the sixth floor window through my mosquito net. Witnesses say that it happened in the morning when the parents were still asleep. The girl woke up, climbed on the window sill and rested his hands on the mesh that has come loose from the mounts. The child flew six floors until it fell on the roof of the entrance to the basement. Blow was such force that the metal bent. Despite this, the girl survived.