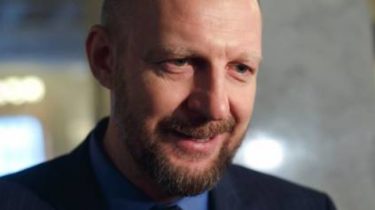 The Deputy from “popular front” Andrew Teteruk gave back to his colleague in the Parliament – the representative of “Samopomich” semen Semenchenko.

It happened when he ran out of the courtroom with smoke bombs in order to blow it out. As it became known later, it threw the people’s Deputy from “Freedoms” Yury Levchenko. His act he explained that it did not support the vote of other members for reintegration laws concerning Donbass.

As you know, “Freedom”, “Batkivschyna” and “Samopomich” oppose documents regarding the Donbass, which was adopted today. Rada voted for the bills that define the future of the occupied part. So, adopted in the first reading a presidential bill on the peculiarities of the state policy on ensuring state sovereignty of Ukraine on the temporarily occupied territories in the Donetsk and Lugansk regions (No. 7163). Also Pleased to extend the special status of the bill OGLO 7164 “On creation of necessary conditions for the peaceful settlement of the situation in certain districts of Donetsk and Lugansk regions”.