“Samopomich” got kicked out of faction deputies, which voted for the extension of the special status ORDO 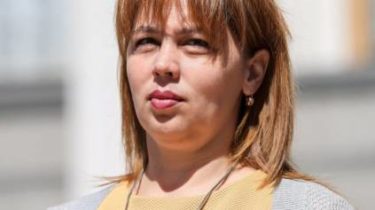 Fraction “Samopomich” approved the decision about the exception of Natalia Veselova from the faction.

This reports the press service of the faction.

It is noted that the reason for the exclusion was to initiate bills, which “deny the occupation, the objections in public statements of the fact of occupation contrary to the position of the faction”.

The report said that such actions tarnished the reputation of the faction and the political party “Samopomich”.

“The last straw was today’s vote a renewal of the law on the special status of Donbass, which is strictly performed by all members of the faction “Samopomich”. These actions indicate that Natalia Veselova does not share the position of the group, its values and principles,” the statement reads.

The press service also noted that earlier Veselova was asked to leave the faction, but this decision is not made because of fear of losing the mandate.

Note that the Veselov – the only “Samopomich” voted for the bill 7164 “On creation of necessary conditions for the peaceful settlement of the situation in certain districts of Donetsk and Lugansk regions”.

As you know, “Freedom”, “Batkivschyna” and “Samopomich” oppose documents regarding the Donbass, which was adopted today. Rada voted for the bills that define the future of the occupied part. So, adopted in the first reading a presidential bill on the peculiarities of the state policy on ensuring state sovereignty of Ukraine on the temporarily occupied territories in the Donetsk and Lugansk regions (No. 7163). Also Pleased to extend the special status of the bill OGLO 7164 “On creation of necessary conditions for the peaceful settlement of the situation in certain districts of Donetsk and Lugansk regions”.