Muzhenko said that Poroshenko can fire him 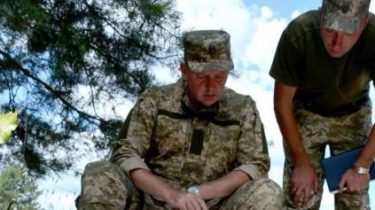 He told this to journalists on Thursday, reports Ukrainian Pravda.

According Muzhenko, the President will make the decision after the preliminary conclusions of the Commission of the Ministry of defense regarding the explosions at the military Arsenal in Kalinovka. These findings should be made public on October 25.

“Not ready to be a scapegoat.” Muzhenko acknowledged responsibility for the bombings in Kalinovka

Reporters asked Muzhenko, whether he feels that “narodnyy front” wants to put in its place his own man due to the barrage of criticism in his address from the representatives of the party. The chief of staff said he felt, perhaps, is the desire to eat.

Also Victor Muzhenko declared that has no claims to the parliamentary Committee on national security, which recommended Poroshenko to fire him.